Writers, are you in a critique group? If not, you should be.

I'm really growing to appreciate the importance of bringing the ensemble-arts culture of peer review, accountability, and positive reinforcement to primarily solo pursuits like fiction writing. Coming from a theatre background, I thrive on group dynamics.

A theatre background understates it: I am an improv kid. Doesn't matter if that improv is drama, comedy, music, dance, or anything else. The very first thing I want to do when a half-formed concept enters my head is throw it to a group of peers to bounce around and play with. I thought for awhile this was just a quirk, an entertaining footnote about my personal process when talking shop.

Now that I've been moderating the Ubergroup for awhile, I've realized the need for ensemble culture is almost universal. Dozens of people who have been stuck in ruts told me the Ubergroup motivates and energizes them. Some have told me it's prevented them from giving up on writing as a craft. This is not because I'm particularly awesome, or because the Ubergroup is made of magic. It's because working with other people is awesome. I'm just some fuck who is so dependent on this particular form of human interaction, I'm motivated to beg people to do things with me. 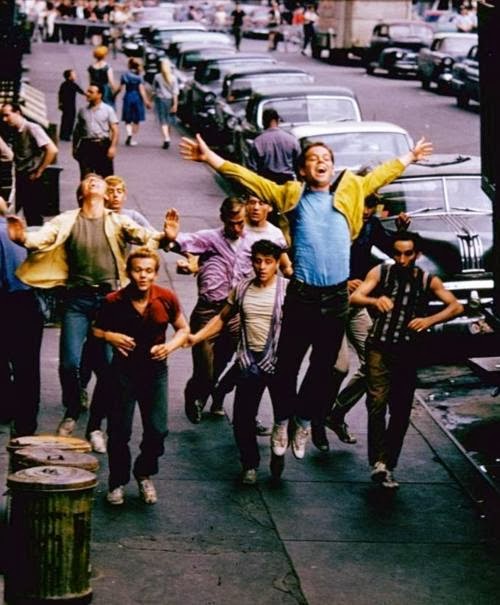 1. A group provides accountability. As everyone knows, it's all too easy to put off doing pretty much anything... until you have to show up and tell people what you've done so far. In the Ubergroup, we ask people to post one new chapter of writing per week, and critique the chapters of 3-5 teammates. This pace is completely fucking arbitrary. Brandon Sanderson suggested it in his online course, and we liked it. That is all. There is no God of Writing that says you will be damned for life if you don't produce new work at that rate.

How do I enforce this rate? Well, if I don't see you post your chapter at the beginning of the week, or critique your teammates by the end of it.... I email you and ask you if everything is okay. OoooOOOooooh. Scary. I even have secret police keeping an eye on everyone.... aka, a few veteran Ubergroup members divide the work with me of clicking on everyone's chapters to make sure they all got their promised crits. If you don't respond, you go to the Big Badde Public Pillory: the 'Delinquent List' stickied in our discussion forums. The delinquent list is used to keep track of people who have gone MIA. If they don't surface within two weeks, they lose their place on their team. In the end, it's just a list of names on some forum somewhere on the internet, but people act like they're about to lose their job. Humans are naturally competitive, social animals who care what other humans are doing. Simply having a moderator keep track - publicly - of your promises to write regularly lights the fire under people's asses, and the result is people sticking to their own goals of consistent production.

2. Different perspectives prevent stagnation. Remember Myst? The one game where everyone and their mother got stuck and gave up? When I was in high school, my friends and I beat it in 22 hours one weekend. That Christmas break, we beat Riven in 5 days, playing round the clock, sleeping in shifts. Aside from proving what gigantic nerds we all were, the key thing is that different people think differently. Myst was groundbreaking in that it's puzzles required you to simply pick up on patterns in the environment, which were all coded in extremely different ways. One might be mathematical while another is based on colour, and yet another might rely on observing the ambient sound effects of birds in the background. The Myst games are so friggin' hard because most people simply aren't good at everything. In a group, we found that even when most of us were stumped, at least one person would be the right combination of visual vs auditory, mathematical vs verbal, right brain vs left, or whatever, and find the solution.

The idea of falling into a book is oddly appropriate here.


That's an indispensable asset of practising any art in ensemble: you can build on each others ideas where you might have run out on your own and correct each other where you might not have noticed. Why do writers imagine they must sit alone in their metaphorical attics like archetypal mad composers, sweating and slaving over their unadulterated genius? For every miraculous prodigy, this method produces about 10,000 shitty garage bands doomed to crash and bang away in obscurity.

One of the biggest values of the Ubergroup is that it provides a round-table environment for discussion and brainstorming. The model means that a minimum of 3-5 people have all read the same work on a given week, and if the author has questions about the feedback they received or needs ideas on how to fix a problem, they can tap into other people's varied thinking methods and find the solution much more quickly. As useful as it is to have a spoon, you can't use it to drive a nail very well, and a hammer is not particularly suited to eating soup. Neither will saw a board in half very effectively. Technically, if you really want to go back to the stone age, an intelligently flaked rock CAN do most things, eventually, but good god, the wheel's already been invented and someone else has one you can borrow. Share. In economics they call this comparative advantage.


3. Competition and cooperation drive people. Humans are naturally both. It's necessary on an evolutionary level. Life is competitive, and one of the ways we deal with it is by being social animals. Nothing motivates a group of people to action like dividing them up into teams and giving them something to compete over - even if it is the silliest little thing. Accessing our tribal brain - in a lighthearted way, of course -  fosters good feeling and makes friends for life. (In a non-lighthearted way it can turn things into the Hunger Games, which I am not suggesting at this juncture.)

In practice, I've found that dividing people into teams and encouraging them to name themselves (Names range from the more obvious, eg "Team Awesomesauce" and "The Unsavory Plot Doctors" to the unequivocally silly, eg "The Fighting Salmon" "Strawberry Jello Warriors" and "The Noblest Goat-Farters In The Land,") creates a sudden sense of comradery. The teams that are lukewarm about developing a unified competitive identity are inevitably the ones that fall apart. Originally, the teams were simply for the purpose of delineating who owed critiques to whom, but a few Hogwarts-style point jokes ("Ten points to Spaceship Slacksalot for being the first team to submit all their chapters this week!") rapidly evolved into a good-natured contest that seems to have galvanized people.  There's about a zillion scholarly articles about the benefits of positive reinforcement in the workplace, and public acknowledgement about feats of productivity, such as being the first team to complete all posts or critiques for a week, or having a particularly constructive conversation about this weeks works in the forums, etc, gets people excited and proud. It's the reason it's so easy to get a kid to concentrate on playing guitar hero, but not on practising a real guitar alone - nothing is measuring their progress and cheering on their success.

No one actually needs the tiny prizes (in site currency) I'm offering the winning team, but plain and simple, acknowledgement of your hard work motivates people to keep working.


Once again, it's not the Ubergroup that is magic, nor is it me. It's the bringing together of people. There's the accountability of being expected, the "economic" (in intellectual and artistic currency) advantage of trade, and the psychological benefit of competition, cooperation, and positive acknowledgement. If you're not in a writer's community, join one, or form your own. Some popular online options include Absolute Write, Critters.org, and AQ connect. My personal favourite, hands down (and no, they don't pay me to say this, I actually pay them to be a regular old member) is Scribophile. It's a chicken or the egg question to ask whether the Ubergroup formed there because I like Scrib, or if I like Scrib because the Ubergroup formed there. Either way, ANY venue to interact with other writers - including good old fashioned in-person crit circles - is invaluable. Meet and rehearse every week like a band or a theatre company. It will blow your writerly mind.
Posted by Unknown at 04:20